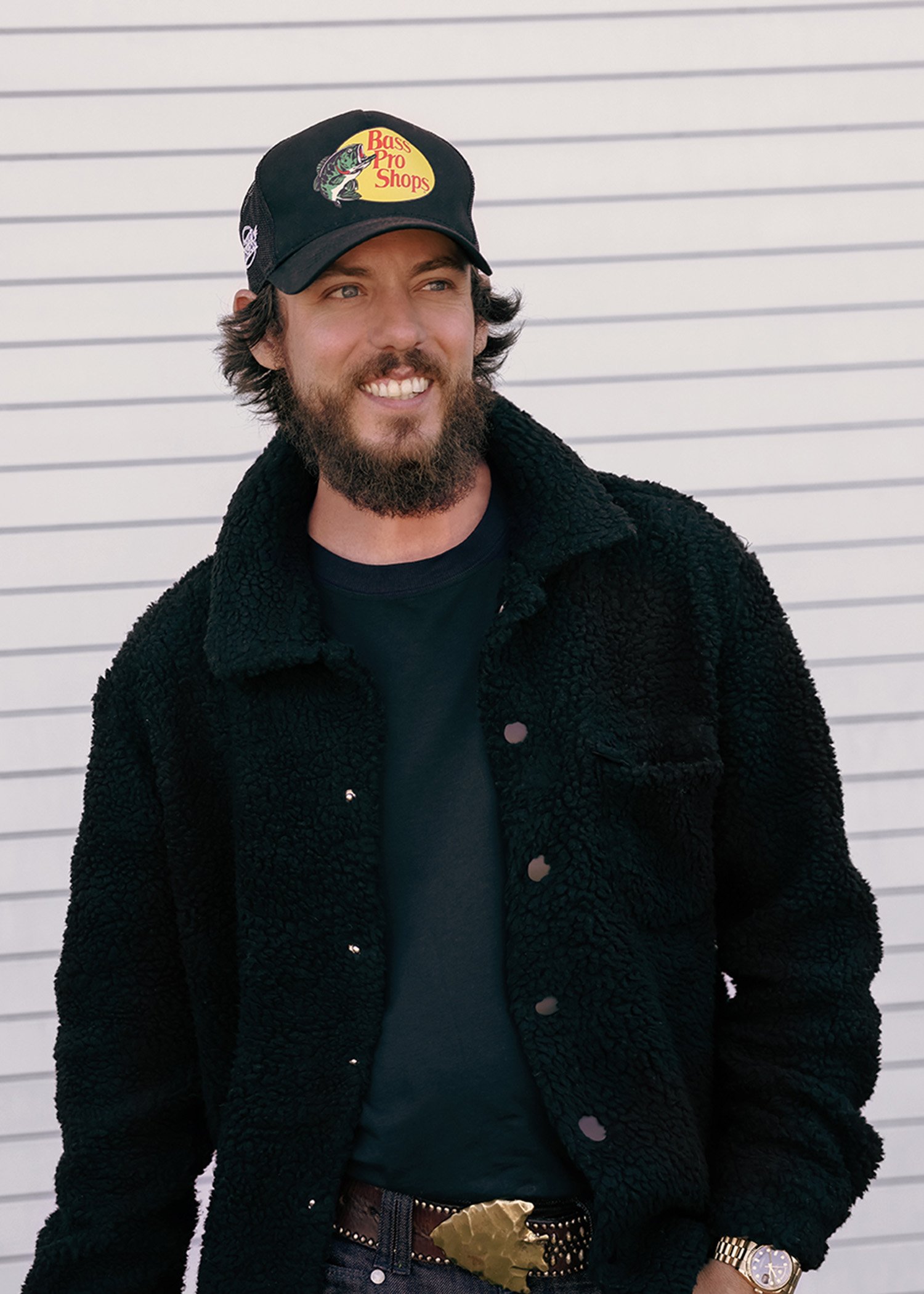 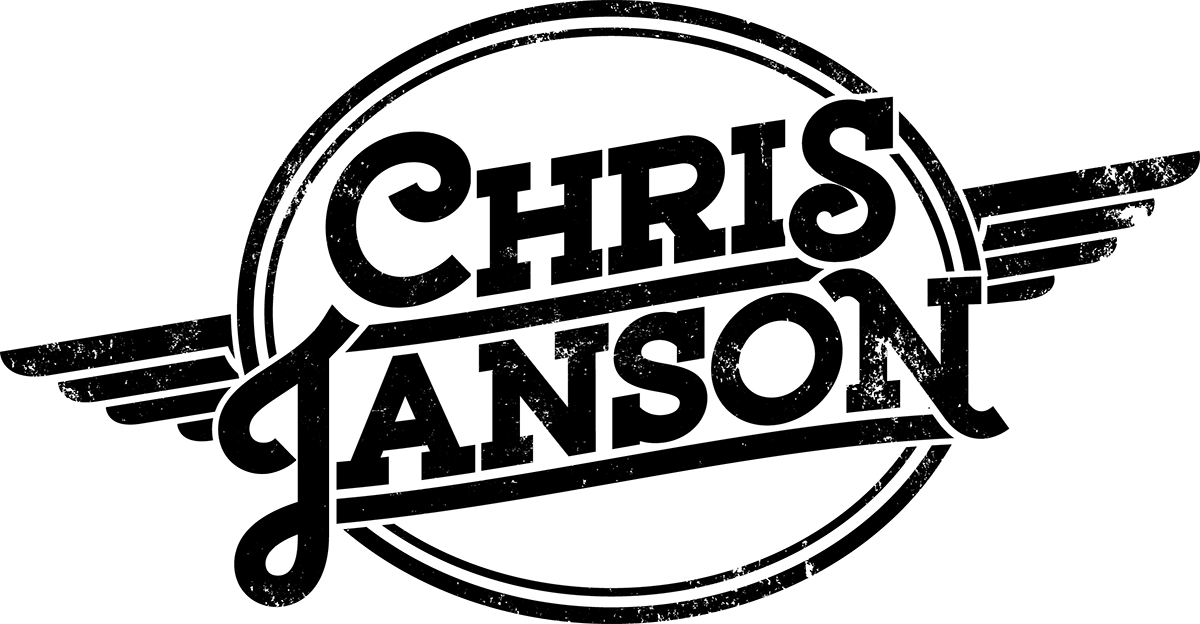 Chris Janson is a “live legacy in the making” (Rolling Stone). Breakout country star Janson is a platinum-selling recording artist, high-octane entertainer, multi-instrumentalist, award-winning singer/songwriter and Grand Ole Opry member. The ACM award-winner has collected prestigious accolades that place him among country music greats. His debut single, “Buy Me A Boat,” was recognized as the iHeartRadio Music Awards “Country Song of the Year,” and MusicRow named his poignant single, “Drunk Girl,” their “Song of the Year” winner. Bobby Bones named Janson “One of the greatest entertainers in country music.” His big hits include: “Buy Me A Boat” (No. 1, 3x Platinum); “Fix A Drink” (No. 1, Gold); “Drunk Girl” (ACM Award-winning, Gold); “Good Vibes” (No. 1, Gold); “Done” (multi-week No. 1, Gold). Janson has earned more than 7.4 BILLION airplay impressions to date and upwards of 1.7 BILLION global career streams. 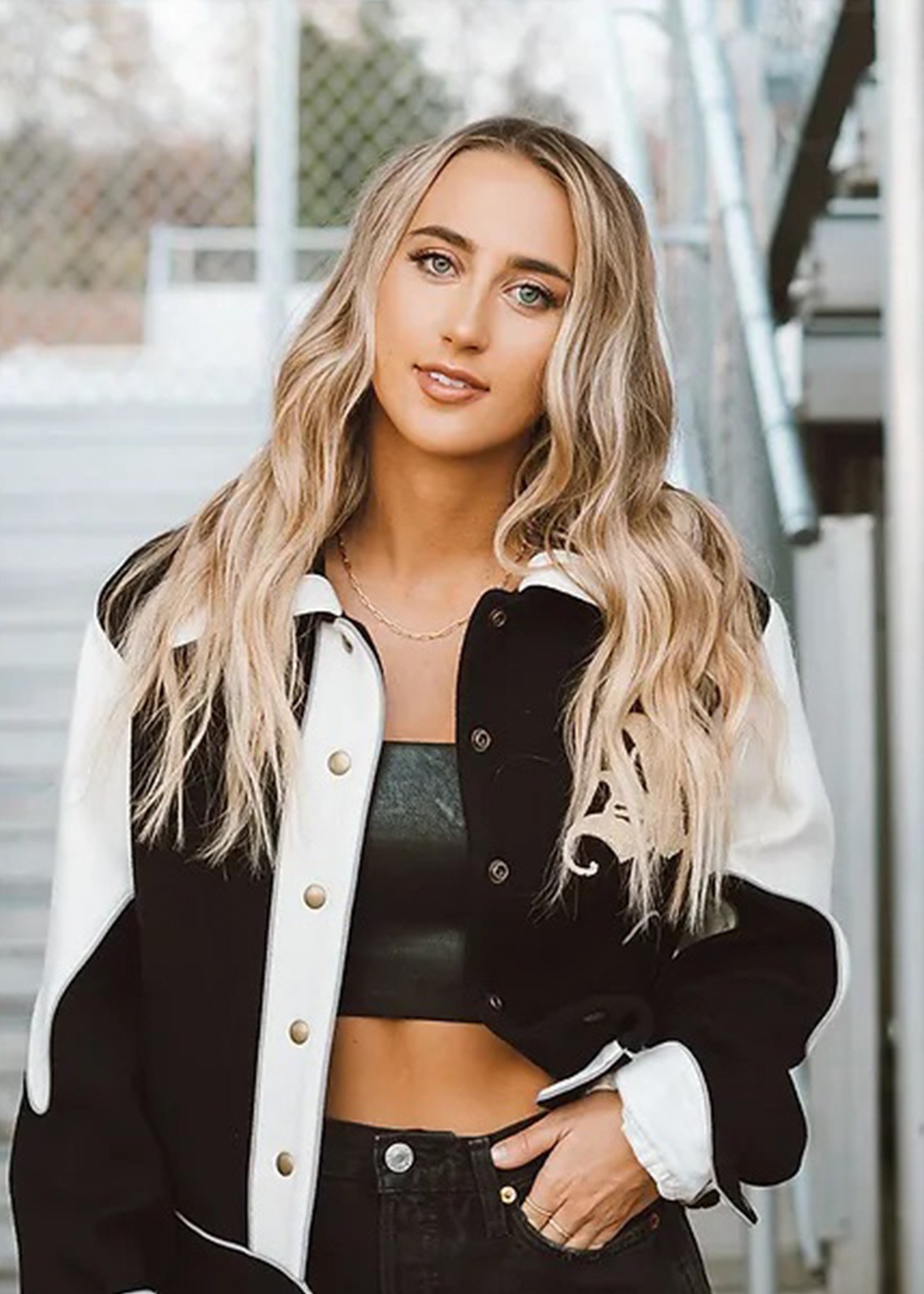 With Big Loud / Back Blocks Music country artist Ashley Cooke, it’s best to know what you’re getting into – because this emerging star is the definition of more than meets the eye. A graceful exterior matched by a casual-cool nature. Skillfully crafted lyrics and a knack for unforgettable performance. Effortless vocal beauty and a bold sense of internal grit, freely mixing it up with the boys while she rallies the girls. And most important, a passion for capturing the magic between heartbeats, each moment as unique as she is. Still early in her journey, being herself has already served Cooke well. It’s led to chart climbing hits like “Never Til Now” with Brett Young, Ryman and Grand Ole Opry debuts, national TV appearances on ABC’s “The Bachelorette,” tours with Cole Swindell, Jordan Davis and more.

Hailing from Parkland, Fla. and moved by emotional hit makers like Taylor Swift, Rascal Flatts, Kelly Clarkson and more, Cooke embraces the energy of pop and depth of country, writing her first song by age 11. Cooke moved to Nashville at 18 and attended the prestigious Belmont University – but unlike so many others, she did not study music. After entering the schools revered Country Showcase on a whim and winning, Cooke decided to pursue music for a year. When the pandemic had other plans, Cooke went to TikTok where she built a thriving fanbase, writing and sharing country music on her own terms – and in many ways, she’s still putting melodies to her journal entries today. Vivid and emotionally pure, her sun-kissed blend of two-lane pop is often inspired by true tales of love, loss, and living, matching raw relatability and deeply addictive hooks. 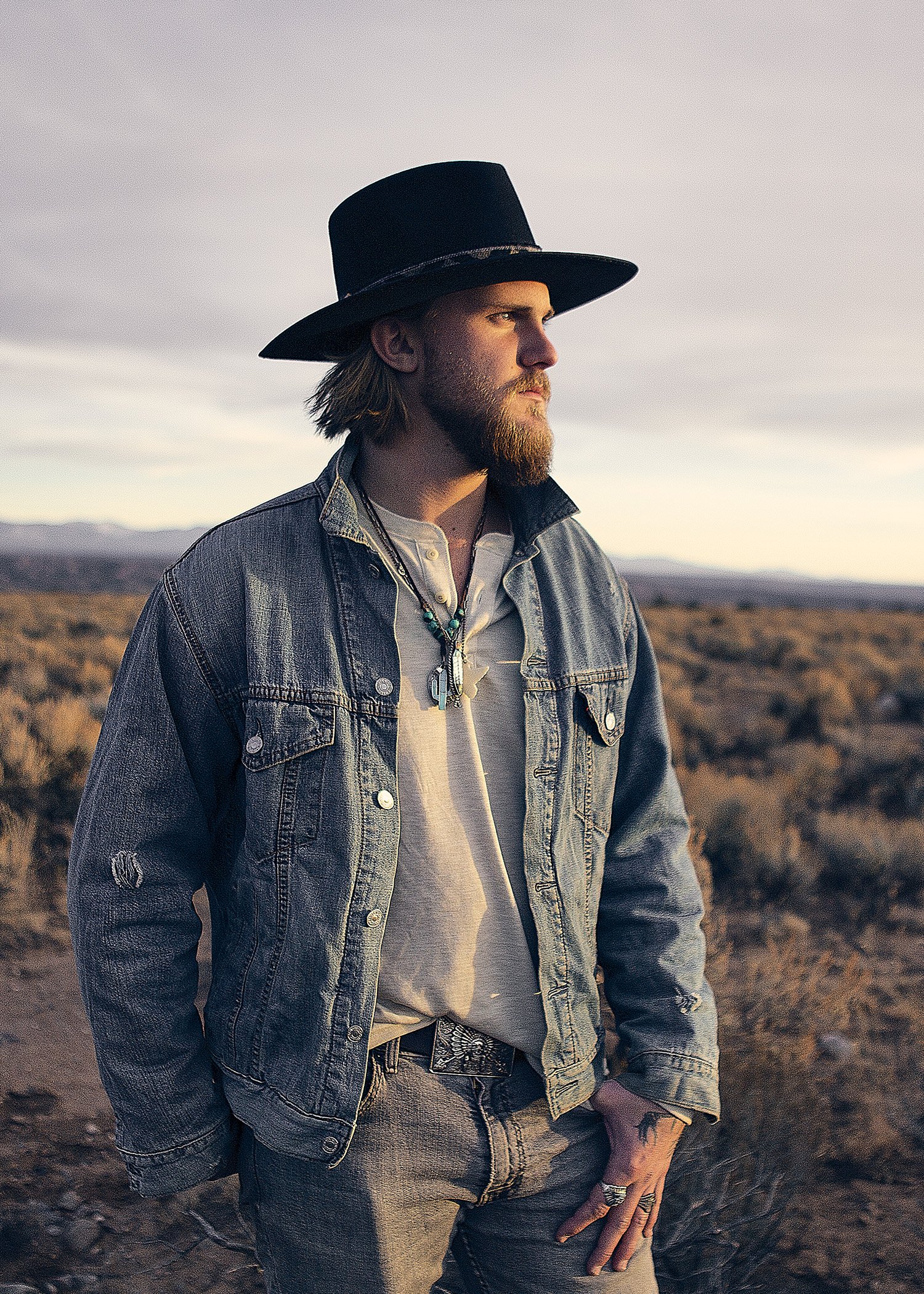 Fast-rising Country singer/songwriter Jackson Dean is quickly earning a reputation for his old school, gritty, lyric-driven, outlaw style of Country. Mature beyond his years, Jackson opted to move out to a cinderblock, concrete floor, one-room shack on the back of his grandfather’s property with no heat and no plumbing at just 18 years old. An adventurous and carefree spirit, the 22-year-old multi-instrumentalist, is also an old soul and skilled artisan whose pastimes include making leather goods, wood-burned art and disappearing into the woods to sleep under the stars. Bringing that same sense of adventure and downhome vibe to his songwriting, the “modern-day Country rambler” (Taste of Country) burst on the scene, showing people how real music can be with his atmospheric, musically-forward debut album GREENBROKE (out now via Big Machine Records). The Maryland native’s single, “Don’t Come Lookin’” was the fastest debut to reach No. 1 in 2022 and cemented Jackson as the youngest solo male Country artist to reach the top of the charts with a debut. Landing spots on the Billboard Hot 100, the soundtrack for Netflix’s The Ice Road and a John Dutton scene in Yellowstone, the song 80 million streams. Following an early career of local performances in his hometown, Jackson has joined bills with superstar acts like Toby Keith, Miranda Lambert, Brantley Gilbert, Kane Brown, Jake Owen, Brooks & Dunn, Lee Brice and Brothers Osborne and found himself on the bill for credible events like Austin City Limits and Stagecoach. The young talent will wrap up 2022 by joining HARDY on the Wall-to-Wall Tour before hitting the road in 2023 with Blake Shelton and Carly Pearce for the Back to the Honky Tonk Tour at the top of the year. 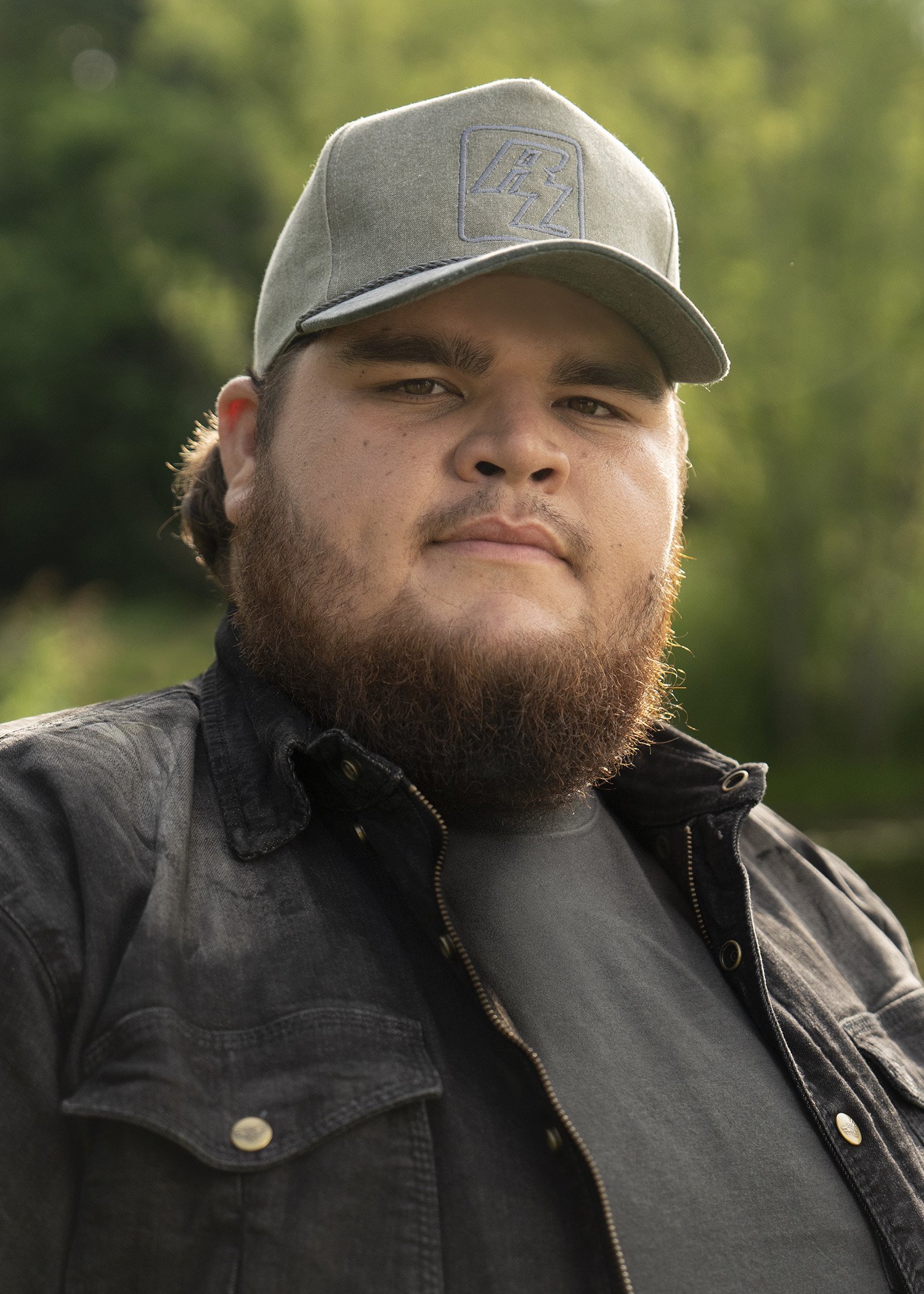 At the end of 2021, he was still pulling overtime at his job with the city, busting his back about an hour south of Nashville and living for the weekend … with a few decades left to go. But now the 22-year-old is rocking sold-out crowds at the historic Ryman Auditorium, touring with his chart-topping hero and writing modern Country tunes so genuine, they slip on like a pair of broken-in work boots. Because no one has to tell this singer/songwriter what a blue-collar life is all about.

“Back in November I was still working for the city of Columbia, getting up at 6 o’clock every morning and working 8 hours a day – and I hated every minute of it,” he says with a laugh, noting how far he’s come in such a short time. “When people hear the name Shane Profitt, I want them to automatically know I’m no different than them, because I actually lived that 40-hour-week life. And it wasn’t that long ago.”

Now signed to BMLG Records/Harpeth 60 Records, Profitt is back on the clock and hard at work once more – because it’s all he really knows. But these days, the job description is different.

A salt of the earth Southerner with a big, barrel-chested voice, a straight-shooting swagger and a kind smile, Profitt’s musical toolbox is full of all-natural talent, but he admits to only recently learning the craft. The journey starts a few years ago, when his grandad asked what he wanted for Christmas.

As it turns out, Profitt’s family has its roots in Eastern Kentucky, and get-togethers would often turn into picking parties – since almost everyone played music (except him). His grandad loved traditional bluegrass, while Profitt’s parents were fans of Keith Whitley, Hank Williams Jr. and Merle Haggard, and each would play what they loved. Profitt just wanted to do the same.

“I told him I didn’t really want anything – except to learn how to play Hank Jr. songs on guitar,” the kind-hearted youngster recalls. “So he taught me G, C and D, and I just stuck with it. It all started with those three chords.”

Soon Profitt had surpassed his original goal, and within six months was playing his first paying gig in Columbia. Gifted with a heavy-duty vocal, he became a regular draw at the popular Southern-cooking chain, Puckett’s, traveling all over Tennessee to weekend shows while still holding down his job back home. And while that made for some long hours, it also led to inspiration for original music.

Calling himself a sucker for “Keith Whitley-style heartbreaker,” his first self-penned song was the start of a new life, because within a few months Profitt had begun a new kind of shift work. Working all day and then fighting brutal rush-hour traffic, he’d drive to Nashville each night, just hoping to find someone to write with. Oftentimes he’d get home just five hours before his alarm went off the next morning, get up and do it all over again. But it was worth it.

One day he was having dinner when his modern-Country hero walked in the restaurant. And after summoning the courage to say hello, he and Chris Janson became fast friends.

Impressed by Profitt’s boots-on-the-ground writing style – and his good Southern manners – Janson began mentoring the aspiring star. He would even send Profitt song ideas, and some days the newcomer would park his mower under a shade tree and work out lyrics over lunch – which eventually led to “The Reel Bass Pro” becoming Profitt’s first cut, appearing on Janson’s All In album.

It wasn’t long before Janson was inviting his protege to open shows, but months went by before Profitt finally put in his two-week notice, quitting his day job and signing a 2021 publishing deal to Janson’s Old Tom Publishing/Anthem Entertainment. And after spending the spring of 2022 rocking crowds on the Halfway to Crazy Tour, “Country Boys” completes his transformation. 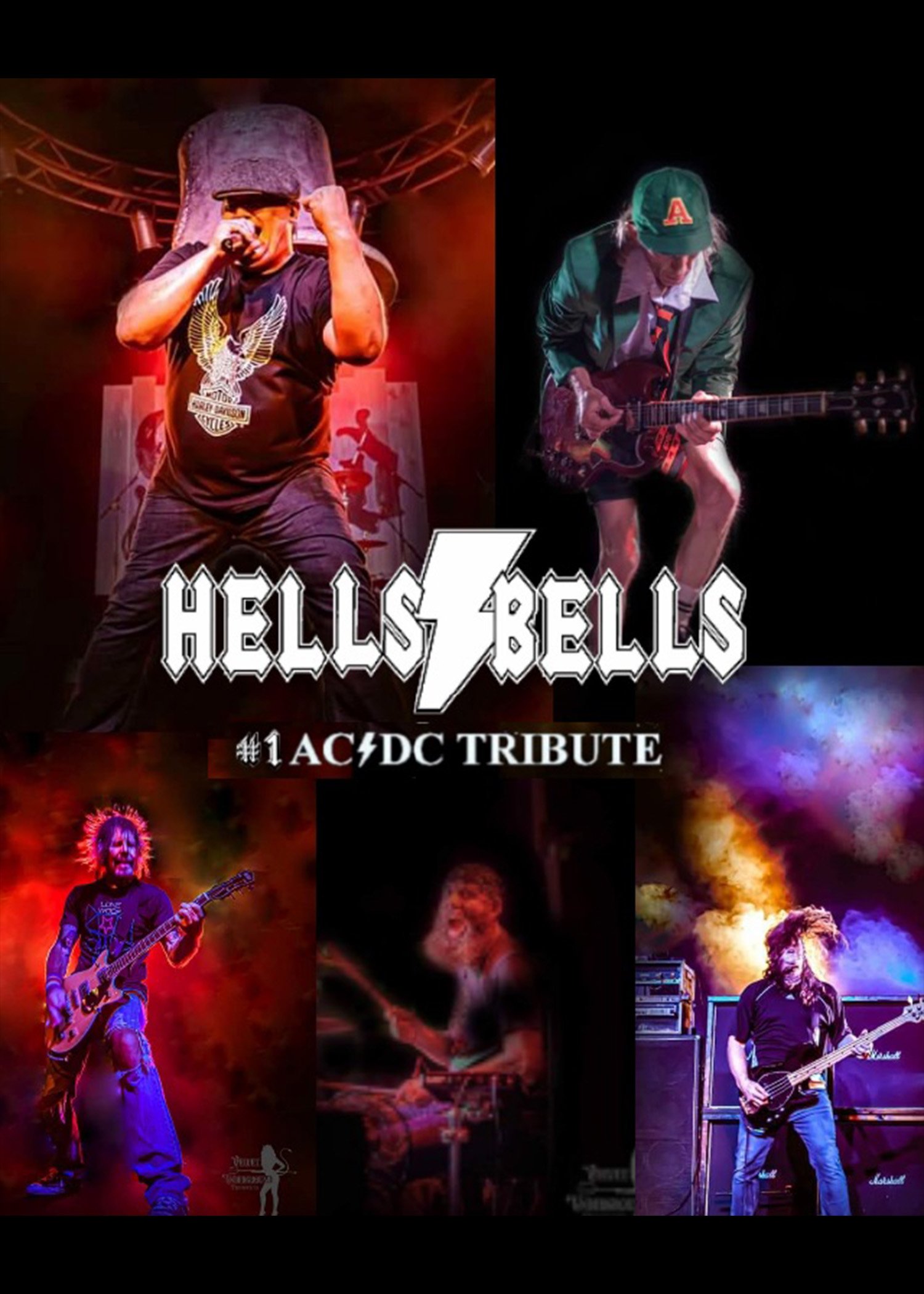 Touring 41 states, 50 weeks per year, Hells/Bells salutes the driving force of AC/DC in a manner surpassed only by the real AC/DC.

With authentic costuming, the look, the sound, the cannons, the bell and all of the crazy antics of Angus Young, Hells/Bells is total energy, absolute adrenaline – the most complete party experience acclaimed across the United States, Honduras, Mexico, Trinidad, and Europe by many die-hard fans.

Hear all the hits of both singers, Bon Scott and Brian Johnson.

If you can’t have AC/DC, get the next best thing…
Feel The Thunder… the Power of AC/DC…
Hells/Bells!